Report from Gettysburg – Knoxville Next 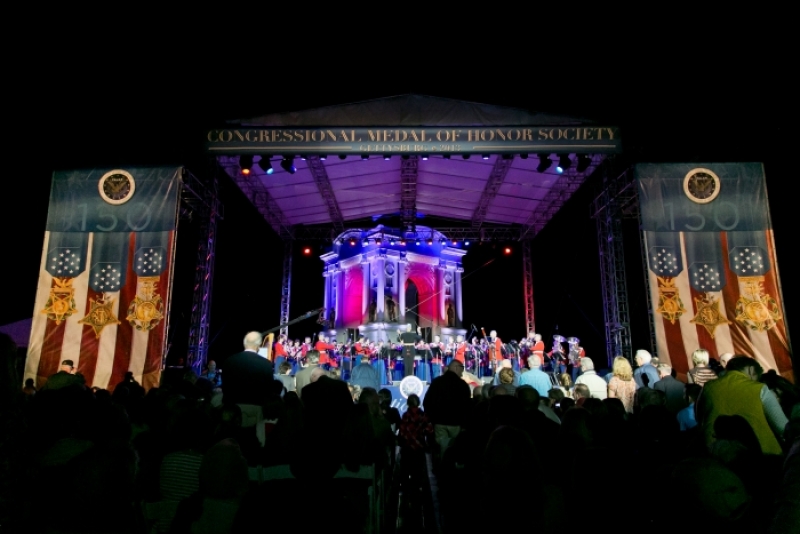 Across a September night sky a vibrant display of fireworks crackled, synced to patriotic melodies trumpeted from the red, white and blue clad President’s Own Marine Corps Band.  Like a page from a history book, artillery fired over the battlefield in Gettysburg, Pa., to acapella performances graciously sung by the West Point Glee Club.  In the audience, 47 Medal of Honor recipients stood strong and listened to the melodies of the country they proudly represent.

“The concert was spectacular and the high point of my trip to the 2013 Congressional Medal of Honor Convention in Gettysburg, Pa.,” said Joe Thompson, Knoxville, Tenn. resident and 2014 Medal of Honor Convention committee co-chair.  “Watching the West Point Glee Club and the President’s Own Marine Corps Band perform on the battleground with a cannonade firing artillery in the background was surreal.” 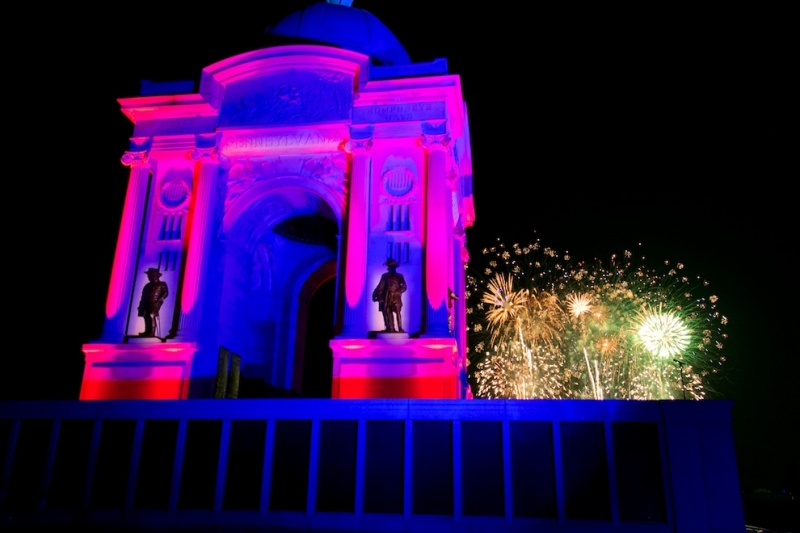 Gettysburg, a symbol of American history and bravery, served as the quintessential backdrop for the Congressional Medal of Honor Society’s annual convention.  After all, 2013 is quite a historic year for the all-American town.  This year marks the 150th anniversary of The Battle of Gettysburg, where 63 Medals of Honor were bestowed and President Abraham Lincoln delivered his legendary Gettysburg Address.  It is only fitting our Nation’s greatest heroes joined there for their annual convention.  Historically themed events including a town hall session at Gettysburg College, a luncheon at the Eisenhower Farm and a moving Society memorial service were all carefully crafted and executed to honor the recipients and their monumental achievements that have shaped America today.

“For the recipients, the most meaningful moment wasn’t the concert or gourmet meals, it was the memorial service, which eulogized recipients that have passed away in the last year,” said Joe Thompson.  “Unfortunately, the service lasts longer each year.  This time five recipients were memorialized, and it was a touching moment – there wasn’t a dry eye in the house.”

To close out a truly wonderful string of events, recipients put on their black tie apparel and joined their guests, elected officials, senior military officers, business executives and community leaders for the Society’s annual Patriot Awards Dinner.  Retired General Peter W. Chiarelli received the Patriot Award, the Congressional Medal of Honor Society’s highest honor given to people who are dedicated to the ideals of the society.  Celebrity guest and recipient of the 2013 Bob Hope Award for Excellence in Entertainment, Tom Selleck, floated around the gala talking with recipients and posing for pictures with excited women.  Other awardees included former NFL linebacker Nicholas A. Buoniconti – Distinguished Citizen Award and British-American photojournalist Timothy Hetherington – “Tex” McCrary Award for Journalism  (posthumously awarded).

“The Patriot Gala was a wonderful event,” said Thompson.  “It was a great way to come together and celebrate outstanding achievements for 2013.”

As the evening came to an end, the Medal of Honor flag was passed by Gettysburg convention leaders, symbolizing the convention traveling to its next destination: Knoxville.  Thompson and Chris Coyne, 2014 Medal of Honor committee co-chairs, graciously accepted the flag, to be raised in the beautiful East Tennessee Veteran’s Memorial later this year, where it will stay until the 2014 convention September 10 - 13.

“Our nation’s greatest heroes are coming to town next fall, which is a tremendous honor for the city of Knoxville,” said Thompson.  “As a community, we get to play a pivotal role in perpetuating the legacy of the Medal of Honor and its recipients.”