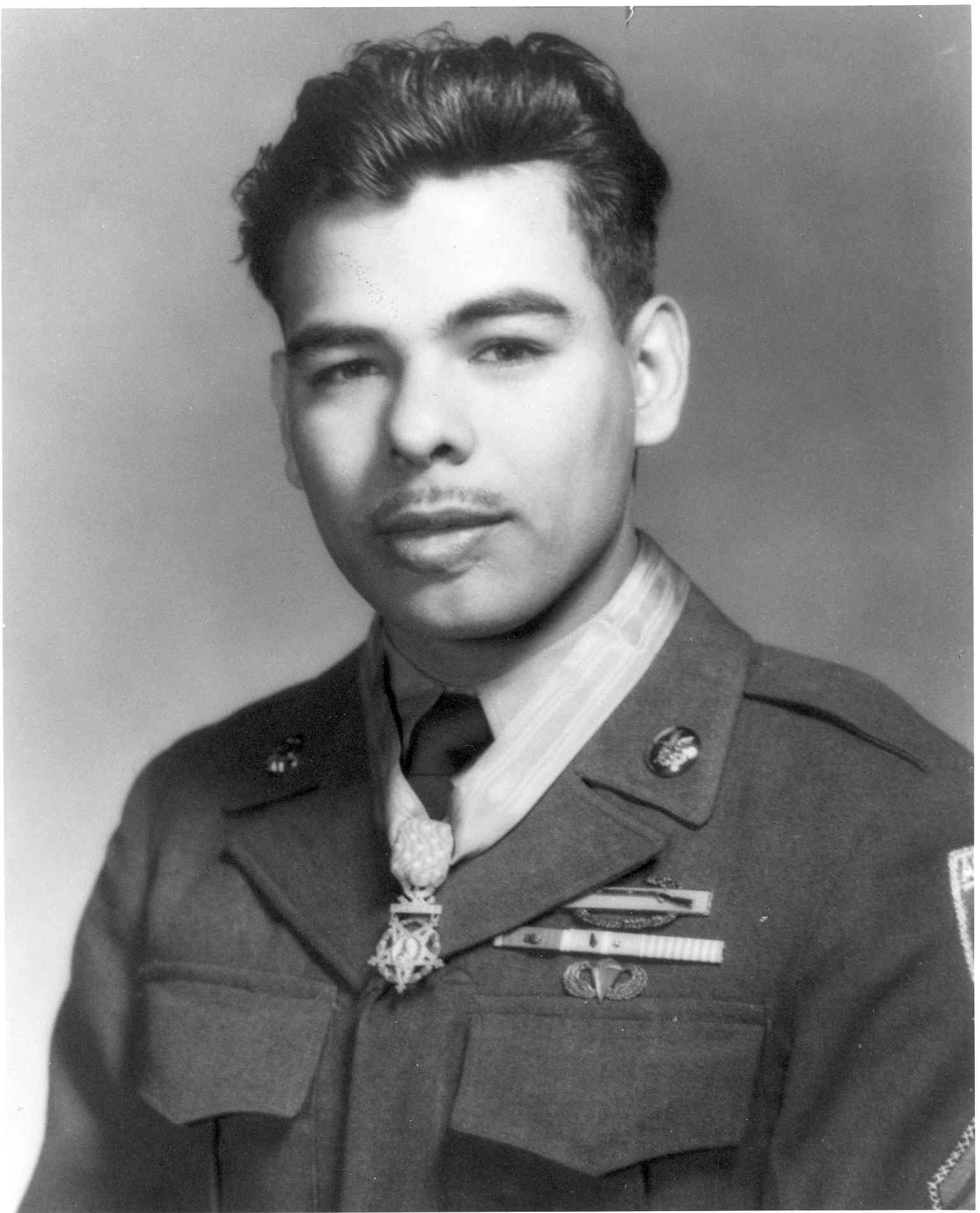 On December 21, Medal of Honor recipient and American hero Cpl. Rodolfo “Rudy” Hernandez died at the age of 82 at the Veterans’ Hospital in Fayetteville, N.C.

The U.S. Army veteran made a tremendous impact on the Korean War and became one of three paratroopers and one of eight Hispanic Americans to receive the Medal of Honor for actions during the conflict. His accomplishments make a vibrant story and greatly depict the values represented by those wearing the Medal of Honor.

Early in the morning of May 31, 1951, Hernandez felt the first signs of what became a devastating head injury near the Korean town Wontong-mi. He was bleeding heavily and Company G of 187th Airborne Regimental Combat Team, which he was part of, was holding a defensive position against the North Koreans in a brutal battle.

Hernandez was in his foxhole when heavy mortar, artillery and machine gun fire rained on him and Company G. It was a terrifying position for the American troops. They were about to run out of artillery and decided it was time to retreat. As his troops began to retreat, injured Hernandez, fueled by anger, continued to fight. As he started to fight back, he discovered his rifle was jammed. At this time, he fixed the bayonet and charged forward to stab six North Koreans to death.

“I took my rifle and fixed the bayonet and then I yelled, ‘Here I come!’ ” Hernandez said for the book “Beyond Glory: Medal of Honor Heroes in their Own Words,” by Larry Smith.

The bravery he displayed bought his fellow soldiers time to regroup and launch a counter attack on the enemy, which eventually caused the North Koreans to retreat. Had Hernandez not put himself in harms way, the outcome for Company G. would not have been the same.

The next morning, Hernandez was found lying among dead enemy soldiers on the battlefield. He was filthy, covered in wounds and appeared lifeless. As he was about to be carried away, a medic miraculously noticed slight movement in Hernandez’s fingers, and determined he was alive but needed serious medical attention.

“I was struck all over my body by grenade fragments,” he said to Larry Smith for the book “Beyond Glory: Medal of Honor Heroes in their Own Words.”

With grenade, bayonet and bullet wounds, missing teeth and a shattered jaw, Hernandez was unconscious and hospitalized. It took more than a month for him to regain consciousness, but when he did, he had to completely relearn how to walk and talk - a sacrifice he made for his country.

On April 12, 1952, President Harry S. Truman awarded Hernandez the Medal of Honor, at the time he was barely able to speak due to his injuries. According to his Medal of Honor citation, “The indomitable fighting, spirit, outstanding courage, and tenacious devotion of duty clearly demonstrated by Cpl. Hernandez reflect the highest credit upon himself, the infantry, and the U.S. Army.” Throughout his life, Hernandez embodied the spirit of American patriotism, lived by the values of the Medal of Honor and was a true hero. His bravery and gallant actions made Korean War history and his story will live on to impact our nation forever.

A Journey in Time to 1861: The Heroic Actions of Assistant Surgeon Bernard Irwin

CMOH Society News The story of the first actions awarded the Medal of Honor is older than you may think. The Medal’s origins in the U.S. Civil War dominates the decoration’s history and numbers, but it’s not the entire story of the nation’s highest award.