A Community Celebrates the Life of a Hero 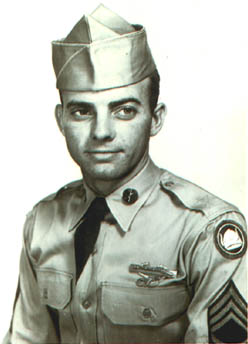 In a small southern town, crowds of humbled neighbors came together and lined the streets of their community as if waiting for a parade to pass by. Patriotic pride radiated from flags fixed to the back of trucks, flown half-mast from flagpoles and waved in the hands of onlookers. Hats were tilted and salutes executed in honor as a black hearse solemnly drove by.

Gasden, Ala. came together as a community on March 15 to pay tribute to the life of Ola Lee Mize: a husband, father, granddad, friend, Army Veteran and Medal of Honor Recipient. The life of Mize was remembered with a funeral procession and service including full military honors and a traditional missing man flyover.

With an accomplished life behind him, it is no surprise scores of admirers turned out to pay respect to the Army veteran. His unique story of 31 years in the military will live on as an inspiration for men and women throughout the country.

From the start, Mize’s story was an uphill battle full of adversity, but the outcome of his hard work and persistence was a true depiction of the American dream. As a sophomore in high school, the young southerner dropped out to work at a grocery store and help his financially troubled family pay bills. Mize dreamed of joining the Army as a better way of supporting his family. When he first tried to enlist, the future hero was denied because was too small; he weighed only 120 pounds. On his second attempt, he faced an even greater challenge. Mize was blind in one eye from a childhood accident and had to cheat on the vision exam. At the time, he did not know that his determination and fighting spirit would be the driving force that turned him from a boy to an American war hero and symbol of service and sacrifice.

Mize was deployed during the Korean War and on June 10, 1953, the Sergeant was defending a strategic hill between American and Communist lines near Surang-ni South Korea. Mize, a member of Company K, 15th Infantry Regiment, 3rd Infantry Division, consistently put others before himself. At one point he learned of an injured comrade, so he quickly found a medic and journeyed to rescue him without considering his own safety.

Soon after rescuing his fellow soldier, he came across an invaded American machine-gun nest. Without hesitation, he put himself in harms way again. The position he was in allowed him to kill 10 enemy troops. While fighting, artillery and grenades struck him on three occasions, but he didn’t stop and courageously continued in combat.

When the battle wound down, Mize strategically grabbed the remaining soldiers and used ammo to fake a larger size of the remaining American troops. The soldiers he gathered fearlessly regrouped for a counterattack and forced the enemy to leave. At the end of the battle, Mize killed 65 enemy soldiers. He was one of only eight Americans to survive the vicious attack.

For his actions in South Korea, the Alabama native was awarded the Medal of Honor, which he initially refused. In September 1954 he accepted the distinguished award, bestowed by President Dwight D. Eisenhower. Mize later joined the Special Forces where he gained a commission and served three tours of duty in Vietnam. In 1981, Mize retired from his multi-decade military career as a full colonel and continued to work as a motivational speaker and consultant. He died on March 5 at the age of 82, but his admirable spirit lives on through the storied history of the Medal of Honor.

A Night to Remember: The Medal of Honor Documentary Premieres in Knoxville

CMOH Society News A buzz filled the air in Knoxville, Tenn. on March 31, when hundreds of enthusiastic locals turned out for the premiere of “Medal of Honor: The History.” Among the guests were distinguished military men and women, children of the famous war hero and Medal of Honor recipient Alvin C. York, city officials and proud community members eagerly anticipating the start of the Medal of Honor convention in Knoxville this fall.