Medal of Honor Recipients Coming to Annapolis in Fall 2018

The flag of the Congressional Medal of Honor Society was hoisted at the Maryland State House on Tuesday, and it won’t come down until September 2018.

It was raised during an event attended by Gov. Larry Hogan, meant to raise awareness that the group’s 2018 convention will be held in Annapolis from Sept. 12-16.

More than 50 recipients of the Congressional Medal of Honor — the highest honor given in the American military — will gather in the city.

It’s the first time a convention will be held around a service academy, Congressional Medal of Honor Society 2018 Convention President and CEO Bob Monahan Jr. said. A number of major events for the convention will take place at the Naval Academy, Monahan said. The society is composed of all the living recipients of the Medal of Honor, archivist Laura Jowdy said.

“To have these recipients interact with future generation of American military is a very special and unique opportunity,” Monahan said.

It’s also a first for Annapolis, a location that was approved by the society’s board in 2016. 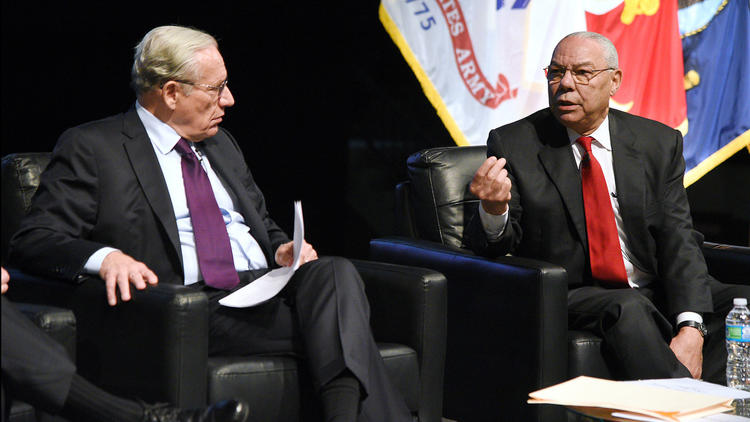 “In spite of all the things that have sought to divide us in this country and that still divide us today, we are brought together by the tremendous respect that we hold and the incredible debt that we owe to all of those who have worn the flag of our nation on their arm and are willing to lay down their lives to protect the rights and the freedoms that we all hold so dear,” Hogan said at the event Tuesday.

The convention will have a significant presence in town, according to Monahan, a Washington, D.C., businessman who has volunteered to lead the convention’s organization.

A town hall-style meeting will be held at Alumni Hall on the Yard, where Chris Wallace of Fox News will interview three of the recipients, Monahan said. The event will be open to midshipmen, and there will also be limited seating available for the public, he said.

Organizers also plan to honor 93-year-old Thomas Hudner Jr., a Naval Academy graduate who is the last living Navy recipient of the Medal of Honor to have served during the Korean War, according to the Navy’s website.

Hudner received his medal for risking his life in an attempt to save a squadron mate whose plane was forced down behind enemy lines, according a statement about Hudner posted in the notable graduates section of the academy’s website. The man he tried to save was Ensign Jesse L. Brown, the Navy’s first African-American aviator.

“Fully aware of the extreme danger in landing on the rough mountainous terrain and the scant hope of escape or survival in subzero temperature, he put his plane down skillfully in a deliberate wheels-up landing in the presence of enemy troops,” the academy wrote.

“With his bare hands, he packed the fuselage with snow to keep the flames away from the pilot and struggled to pull him free.”

The USS Thomas Hudner, an Arleigh Burke-class guided missile destroyer named for the 93-year-old veteran, was christened this April. The vessel will be anchored in the Chesapeake Bay near Annapolis during the convention, Monahan said.

The boat weights 9,200 tons, is 509 feet long, has a waterline beam of 59 feet and a navigational draft of 31 feet, according to the Department of Defense.

A reception for recipients is planned on the vessel, and organizers are also working on arrangements to give the general public an opportunity to tour the ship, Monahan said.

The general public will also have a chance to meet recipients at a meet-and-greet book signing, Monahan said. Recipients will also visit local middle and high schools, he said.

A website for the convention with more information should be online soon, he said.

A link to the originial article may be found here